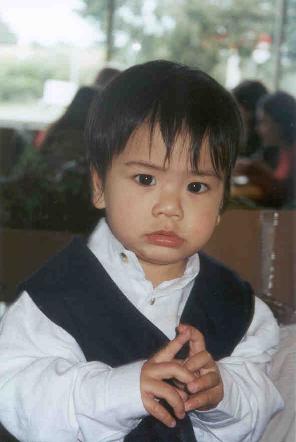 He made his first visit to Sydney to celebrate the New Year 2001 with us. Celine and Jessica wanted to keep him. On August 2001, he celebrated his 1st birthday. It was a modest celebration (NOT). Over 200 people attended. These pictures were taken at his party in Melbourne.

Why POTPOT? It’s a nickname that he would sue his parents when he grows up. It’s a tradition of repeated sounding nicknames like his cousin KLANG-KLANG. 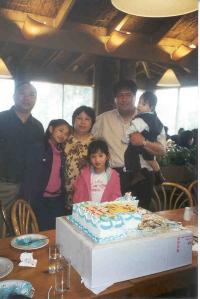 Originally published as part of the Pascual Family News 2001.